In high school and beyond, RCS students excel

Our students are prepared to lead

As we move into the age of artificial intelligence, our graduating students are prepared to be leaders. They know how to truly think, design, plan, and act.

The Early Grades at Rainbow

For a child who progresses sequentially through the grade levels at Rainbow, the early years allow ample time to explore, think, and learn content – especially science and social studies. Students explore their world, ponder it, organize, and eventually learn how to re-create it, with unique ideas. Keep reading to learn more about later grades.

The Later Grades at Rainbow

In the later years, students learn mechanics and perfect their computational skills. This allows them to learn those skills quickly and easily. This frees up time in the younger years so that they have every opportunity to “light up all areas of the brain.” They don’t have to overly drill on these few, narrow skills. By the end of 8th grade, our students are ready for high school and beyond.

They often test out of introductory courses into more advanced levels of Math, English language and reading, as well as more advanced world language classes. 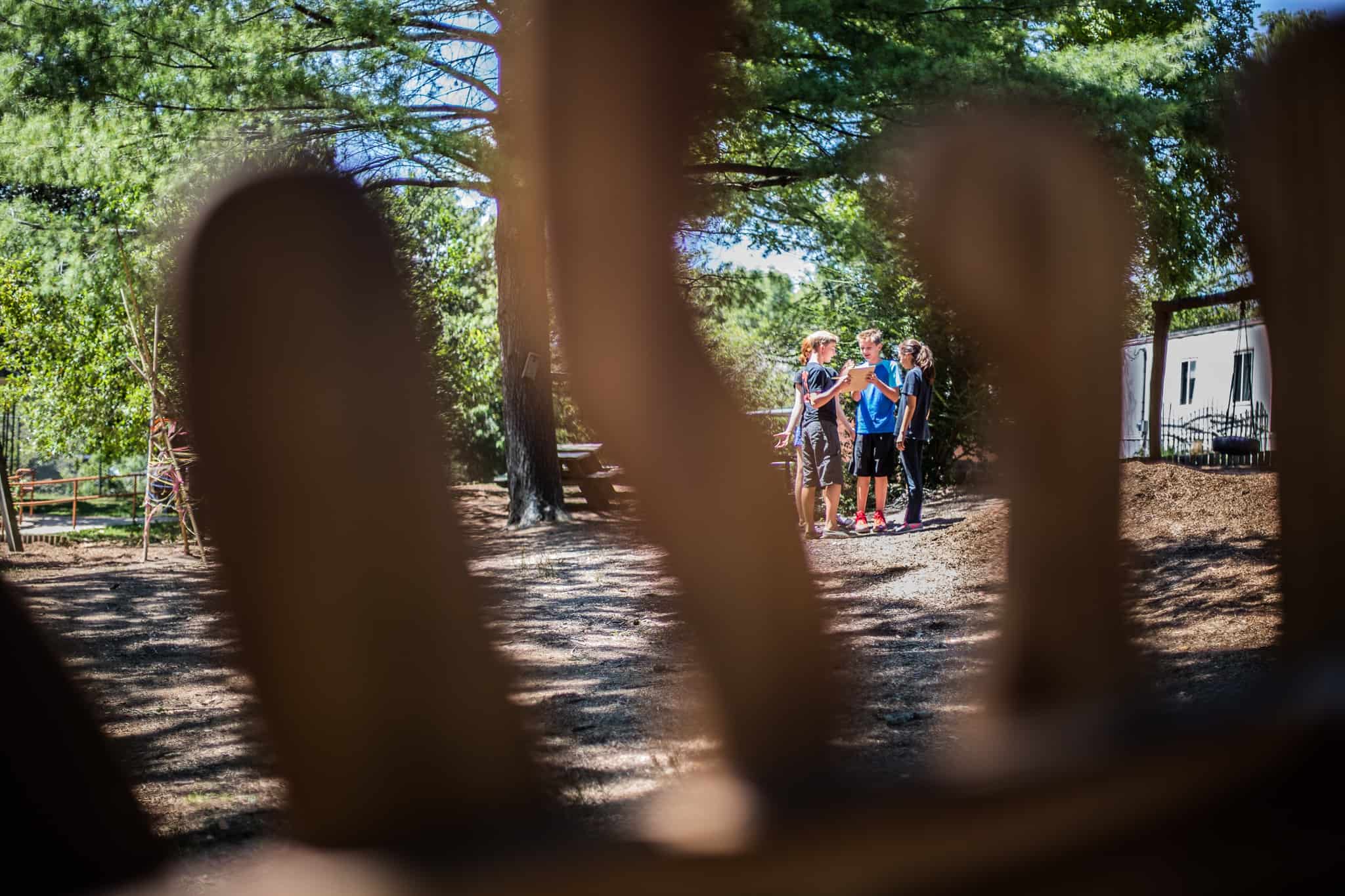 How do omega graduates do in high school?

They recently analyzed 29 RCS graduates, from freshmen to seniors, and compared their GPA averages with the rest of the SILSA student population overall. 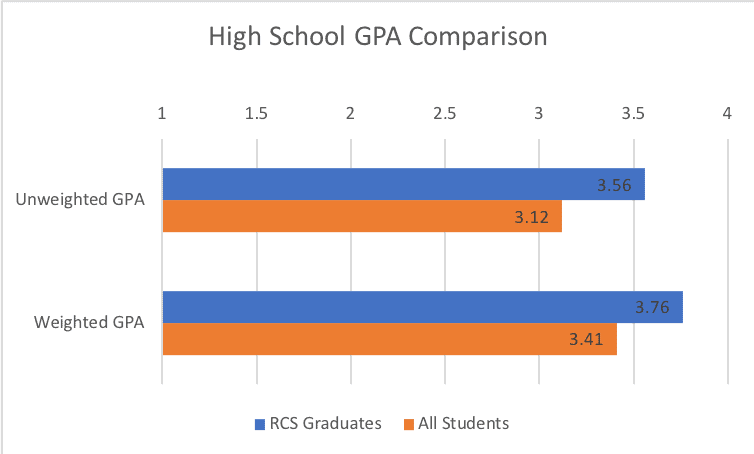 We are so very proud to send Omega students into the world who are accomplished, confident, and creative learners. They are prepared to be compassionate leaders in a changing world. They think out of the box and are poised to innovate.

In Omega and at Rainbow Community School, we stay in touch with our alumni. In fact, we love hearing from them during the high school years and beyond.

In the fall of each school year, we invite alumni back to speak about their experiences in high school, how prepared they felt, and their favorite things about Rainbow.

We encourage you to watch the different alumni panels we have each year. We promise that you will see at once how articulate, poised, and innovative our alumni are. We do not filter what these students say and ecouraage them to be completely honest about their experiences.

Below are some of the awards our Omega graduates have earned at the high school level:

Here is a snapshot of awards, achievements, and college plans of some of our Omega alumni who recently graduated high school:

What Parents are Saying

My son has been at Rainbow since preschool, and is graduating 8th grade tomorrow. The moment we walked in the door for preschool orientation, our family became a part of the greater school family. Since then, we have strengthened those bonds through countless gatherings and by volunteering at school events. Over the years the teachers at Rainbow have encouraged and inspired my son by their own passion for life-long learning. Their well though out lessons are aimed at teaching the whole child, and my son has blossomed from that approach. The community at Rainbow Community School has loved my son into the amazing young man with limitless potential he is today, and I will be forever grateful for that.

This school is a gift to not just the kids who walk the hallways but to the families who love those children. This school is up to big things – with courage, clarity, rigor, and compassion. The model is magic, and more importantly, the team is inspired, engaged, and on fire to help kids discover their potential and optimize.

My daughter has blossomed into quite the leader after just one year at Omega Middle School. We just wish she had attended Rainbow for longer! We feel blessed to be able to send our children to this forward-thinking, holistic-minded school and to be a part of the community there.